An Overview Of The Indian Pharmaceuticals Industry

The 90th century saw the pharma industry at slow pace growth due to the colonial patent law of 1911 under British rule. Drugs were imported heavily from the foreign countries to India. the industry was majorly ruled by foreign pharma investors and only a few pure pharma companies were available. The availability of cheap labor, low taxation benefit, good resources etc the foreign Pharma companies started to set up their subsidiaries.

The Patent Act, 1970 brought the relief and stable growth that the Indian pharma industry stands today. Followed by Economic Liberalization in 1991, the economy of India held hands with the globalization. This meant the expansion of domestic as well as the foreign market in India. The 21st century saw the growth doubled with Indian pharmaceuticals industry covering a major 1 to 3 percent of the global pharma industry.  It is growing at an impressive CAGR of 10 percent each year.

As of 2016, the pharma industry of Indian has reached a mark of US $36.7 billion with a speedy growth of CAGR 15.92 percent. The demonetization and GST act levied during the end of 2016 and mid-2017 left the industry slow but is slowly catching the speed. The government has plans and schemes to protect the integrity and growth of pharma industry in pursuit to attain Pharma Vision 2020. 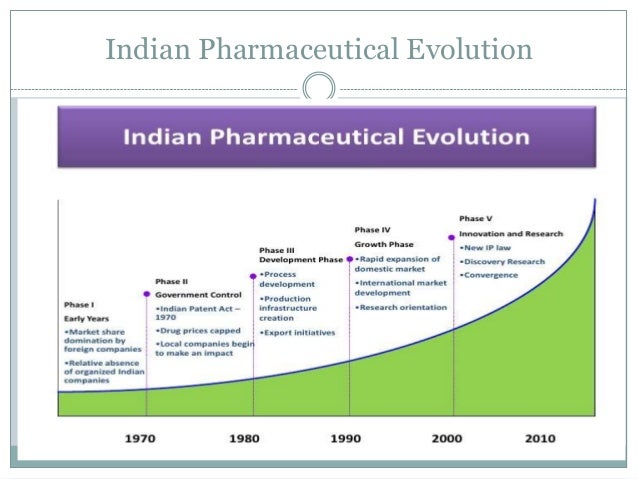 The Indian Pharmaceuticals industry has been the 3rd largest generic drugs manufacturers in the world. Out of the total generic drugs, branded drugs, and prescribed drugs, our country is covered by 70 percent of generic drugs. The major pharma companies and manufacturers from around the world have set up their subsidiary units here. We have the largest US FDA-approved pharma units (200+) outside America.

Generic drugs are same as branded drugs. They are essential drugs which make them cheap and affordable for the public to avail. The availability of cheap yet quality services is the main attraction. The resources and man power in India is cheap yet best in the world.

One Of The World’s Largest pharma Exporters

The Patent Acts, 1970 and the Drug Policy in 1978 made the industry growth but economic liberalization made the country what it is today. 2005, Trade Related Intellectual Property Rights (TRIPs) of the World Trade Organization (WTO) led to the globalization and exposure to Indian pharma industry Latin America only. This led to one by one slow yet the firm growth of the pharma sector. 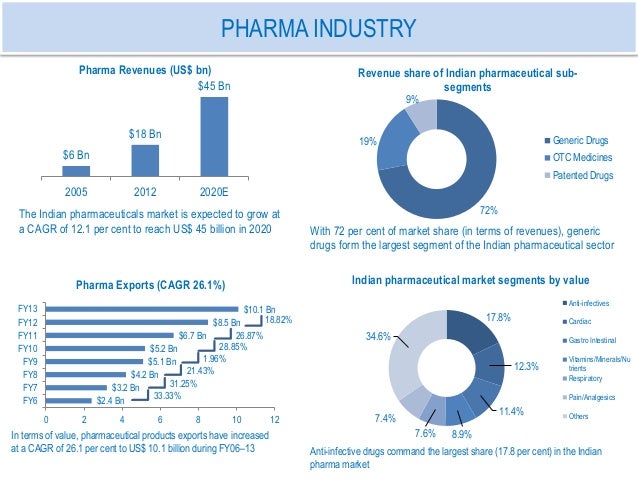 The government and Finance Ministry of India have been planning rules, regulations and plans to promote the pharma industry. Our country has bagged the 13th position in size and 3rd in volume. We have the largest production power of medicines. The cheap yet quality drugs have affected the size of the industry. Yesteryears saw government provide companies with low tax benefits through appointing excise free zone like Baddi, Sikkim etc.

The pharma vision 2020 is still on the runway to have the highest jump. The acts passed during the last fiscal year have affected the growth of the industry at an extend. Government plans are being made to speed up the growth to attain the USD 55 billion mark by the year 2020.